THE BELLES
​(in order of appearance)

WHERE THE BELLS RING

WHEN THE BELLS RING

From a Friday evening to the following Monday morning during early fall, in a year before cell phones and video calls.

​SARAH DOYLE (Peggy) is delighted to join Play-by-Play Theatre in Belles. Most recently, she was seen with PbP in productions of Identity Theft (Rita) and A Midsummer Night’s Dream (Mustardseed). Favorite past local theatre roles include I Love You, You’re Perfect, Now Change (Woman #1), Fiddler on the Roof (Fruma-Sarah), and Panache (Kathleen Trafalgar). It has been a pleasure to work with Mary and the PbP team, as well as her fellow cast mate sisters. As always, love and gratitude to her husband Brandon and son Chandler.

​​ALICIA SKRIVANIE (Aneece) is thrilled to be in her first Play-by-Play production! Alicia graduated from St Norbert College in 2013 with a degree in Theatre Studies. She was involved in Knight Theatre, Knights on Broadway and has continued her involvement in the summer community theatre musicals throughout the years. Alicia is excited to be sharing “the stage” with these talented women as we bring the Walker sisters to life. 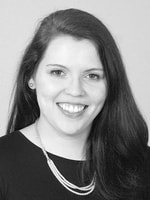 ​RACHEL ZIOLKOWSKI (Roseanne) is thoroughly enjoying the chance to combine two of her favorite things: being at home and being in a show.  It is particularly inspiring to work with this powerful all-female cast and production team.  Rachel was last seen as Grumio in Play-by-Play’s summer production of The Taming of the Shrew.  Her days are spent as an elementary music teacher, and her evenings are often filled with calligraphy and knitting.  Thank you for watching and supporting local theater!

​CAROLYN SILVERBERG (Audrey) is only slightly regretting she didn't pick up ventriloquism as a quarantine hobby. Recently, Carolyn directed PbP's The Taming of the Shrew and has performed in their productions of Words Words Words,  A Midsummer Night's Dream (also Director), Smoke On The Mountain (Broadway World Regional Award Winner), and Return to the Forbidden Planet. She earned her MA in Shakespeare from Royal Holloway University of London and her BA in Theatre Studies from St. Norbert College. Thank you for supporting Play-by-Play Theatre and this incredible group of women!

​MOLLY MAHER LUCARELI (Dust) is thrilled to be performing with Play-by-Play for the first time. Not a stranger to the stage, Molly has performed with Northeastern Wisconsin Dance Organization, the Knights on Broadway, Evergreen Theater and most recently as Kathy Seldon in St. Norbert College Summer Music Theater's production of Singin' in the Rain. Molly also enjoys performing each day in her fifth grade class at Webster Elementary Children's Center for the Integrated Arts. Molly is so grateful to Play-by-Play for finding such a wonderful play to keep theater alive in the safest manner possible! 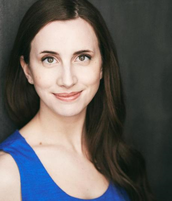 HALEY EBINAL (Paige) is a Milwaukee-based actor and violinist who believes empathetic, community-building storytelling is the most effective remedy for isolation, harmful assumptions, and disappearing histories. She graduated from the University of Wisconsin-Green Bay, where she studied acting, philosophy, and music. Recent roles include Cecily in The Importance of Being Earnest  (Voices Found Repertory), Ilona in They Call Me Dracula (world premiere, Voices Found Repertory), and Hermia in A Midsummer Night’s Dream (Play-By-Play). When she’s not acting, Haley enjoys writing, yoga, and making music. Haley is delighted to be in another Play-By-Play production, and hopes you enjoy the show!

​MARY EHLINGER (Director) (Director) has directed, musical directed and performed in many, many regional theaters across the country including Broadway and Off Broadway. She is the Resident Music Director for The Fireside Theatre and co-founder/Artistic Director of Play-by-Play Theatre. Thanks to this creative company of women, we turned a pandemic obstacle into a theatrical opportunity. ​

​ELIZABETH JOLLY (Stage Manager) hails from Abrams, WI. In 2015, she completed the American Academy of Dramatic Art's 2-year conservatory program. She graduated from St. Norbert College in 2012 with a bachelor’s degree in Theatre Studies and Classical Studies. Recent Play-by-Play credits include Words Words Words (Kafka), The Taming of the Shrew (Stage Manager), and Theatre in the Park’s A Midsummer Night’s Dream (Stage Manager). She is so grateful to all the incredible women of this production who came together to really fulfill the meaning of "the show must go on."

As the times continue to challenge & change, we continue to strive to make theater no matter what the conditions are. With this production of BELLES, each actress was also responsible for her own set, lights and sound – which may explain any irregularities. However, through their generous spirit and incredible professionalism and dedication to the project, we were able to create something wonderful in this new theatrical medium. We are additionally grateful to all of you, our audience, for your continued support.

THE VIDEOTAPING OR MAKING OF ELECTRONIC OR OTHER AUDIO AND/OR VISUAL RECORDINGS OF THIS PRODUCTION AND DISTRIBUTING RECORDINGS OR STREAMS IN ANY MEDIUM, INCLUDING THE INTERNET, IS STRICTLY PROHIBITED, A VIOLATION OF THE AUTHOR(S)’S RIGHTS AND ACTIONABLE UNDER UNITED STATES COPYRIGHT LAW.
FOR MORE INFORMATION, PLEASE VISIT: https://www.concordtheatricals.com/resources/protecting-artists